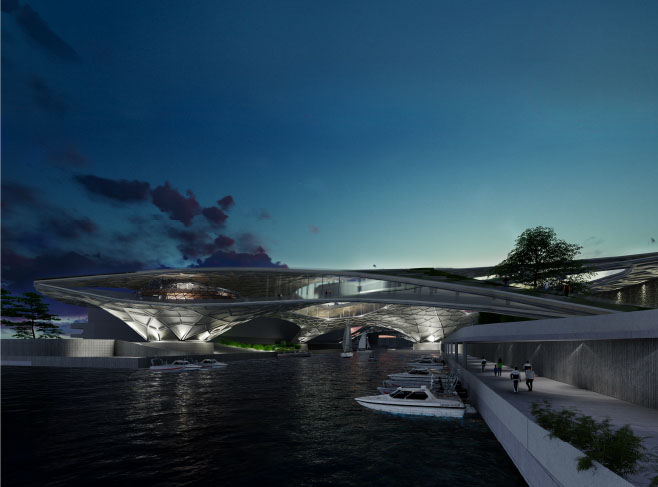 This project is an interpretation of Blueprint competition based on Renzo Piano MasterPlan to recover the area of the former Genoa International Trade Fair.

The project seeks to be an instrument to deal with the issue of the urban void between town and waterfront realizing an infrastructure able to offer opportunities for people to celebrate the rituals  of “urbanity”.

The project is defined through a generative  form-finding process, based on inverse catenary concept in order to realize a long span and lightweight structures able to support  a large amount of load per structural weight or area.

To explore and to create this structure a digital simulation based on particle-spring system was used. Specifically, the engine called Kangaroo Physics, a component of Grasshopper™  that supports particle-spring systems, was adopted in order to bend, stretch and tweak the model while watching the effects instantaneously in the early-stage design process. In addition the structural analysis and optimization was realized using Millipede, another Grasshopper™ component.